Processing power that usually comes at a high price is required in every video game. Gaming consoles usually cost at around $300 while a gaming PC can easily be charged at a few thousand bucks, which not everyone can afford. There’s a less costly option, however, that has slowly gained more popularity recently.

Gaming streaming services allow you to play games as if there’s a gaming console or PC lying in front of you. The only difference is that they’re not physically with you but in a server rack location somewhere in the country.  These services grant you access to awesome gaming power for a fee to be paid monthly. All you have to do is own a normal PC or a smartphone or tablet and you’ll be on your way to gaming. We will walk you through these services step by step and show you their budget as well as the best gaming streaming services that have been tested so far.

1. What is a gaming streaming service?

Game streaming gives you remote access to hardware on the servers of the service. A client is used to log into a potent PC on the internet and the games are played on that PC instead of your own hardware. All of your data is sent to the server, which translates them into commands for the game, and the client merely gives a live broadcast of the video and sounds streaming from the server hardware. Basically, you're monitoring a computer that isn't physically in front of you but can still view everything that the computer showcases.

2. How can you stream games?

A speedy network connection is required for these services to function well. If your internet is unstable and slow, the data you send won’t be transmitted properly, and you will experience high-latency gameplay. As you can imagine, you need a fast network connection for these services to be useful. Just a tiny bit of a second of lag between your commands and the responses of the system and your game will be unplayable.

An internet connection with speeds between 5Mbps and 20Mbps is required but that entirely depends on the gaming streaming service itself. There’s no need for a wired hookup but it’s nice if you have it.  So is 5GHz Wi-Fi. Don’t be frugal when it comes to your router and if a fiber connection is available locally, then you should seriously consider it.

With a speedy and reliable connection and input lag of just a few milliseconds, playing games feels instantaneous. The majority of games are now totally playable, while competitive gameplay may still be unsuitable due to the speed. Every frame counts while playing a fighting or shooting game with multiple players, so you may not want to depend on a streaming service in such situations.

Most services support Windows 10, which allows you to effectively turn a low-cost work laptop into a high-quality gaming PC.  PC customers have the extra benefit of  Ethernet connections and Wi-Fi. Every game streaming service that has been publicly released is accessible on Windows 10 in certain form, either through a special app ( Shadow, PlayStation Now, GeForce Now) or a web browser (Amazon Luna, Stadia).  The cloud gaming characteristic of Xbox Game Pass Ultimate doesn’t support Windows 10 but you can still have a go at it through web browsing.

You can also play games on a smartphone on nearly every streaming service. All services except for PlayStation Now come with an Android app, although the iOS game streaming platform is much more unreliable with some disagreements about whether some services can run on iPads and iPhones. Just keep in mind that it can feel a little strange when you’ll be playing PC and console games on a smaller tablet screen or smartphone.

In addition, several of the providers offer straight-to-TV alternatives with additional hardware. For instance, Google Stadia offers a Stadia controller that comes in pair with a Chromecast Ultra in order to view Stadia on your TV (the service is still incompatible with Chromecast with Google TV, but compatibility will be introduced later this month. PlayStation Now can perform on any PlayStation 4 or 5.    Devices that run Amazon Fire TV can use Amazon Luna.

4. Other things to keep in mind

A gamepad is certainly needed. Stadia pairs perfectly with the controller from Google Stadia but it’s also suitable with the Sony DualShock 4, Xbox Wireless Controller, and some Bluetooth ones. Amazon Luna performs well with several gamepads using Bluetooth, but the controller from Luna is the most perfect way when playing over that service. GeForce Now pairs best with a wireless controller from Xbox but any XInput-matching wireless gamepad can also be applied. PlayStation Now is suitable for DualSense, DualShock 4, and Xbox controllers.

Shadow functions well with any gamepad that pairs with Windows 10, but a mouse and keyboard are also needed. You’re entering a 10 run by Windows 10 directly so it’s useful to be able to enter text and move a pointer. If you are using the Android app by Shadow, you can use an on-screen keyboard and a touch screen. But to truly exploit all the benefits of a Windows PC, it’s best to opt for a keyboard and mouse.

With all the information provided, are you ready to start streaming some video games? Check out some streaming services below that can be purchased on Amazon.

Another early access program is Amazon Luna, but in our tests, it stood out. It provides numerous, channel-oriented game streaming options, beginning with a striking selection of titles at only $5.99 per month on Amazon’s Luna + channel and the similar fee as the Xbox Game Pass Ultimate on Ubisoft+ channel. We highly suggest buying the Amazon Luna Controller which costs $49.99 since it has its own Wi-Fi connection to increase performance. Additionally, the controller also makes switching between Luna-related devices go on more smoothly.

Although Xbox Game Pass Ultimate isn't a streaming service by itself,  it covers all the essentials, no matter if you are an Xbox or a PC gamer.  At a monthly fee of $14.99, For $14.99 per month, it offers a range of 100+ games for both Windows 10 and Xbox, which are periodically rotated and have intriguing options. The membership also includes cloud gaming, which can be accessed via Android gadgets. As a free bet in this situation, the game streaming is still in testing, but so far, we've been pleased with how well it functions. 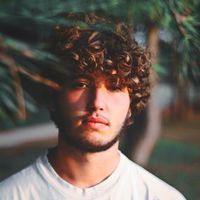 Brian is another gaming enthusiast at productfind. Not only is he good at gaming but he is also a technology expert in the field of computers. He loves to inspire others to learn about technology and games through his writing. He is currently residing in Boston.