Mirrorless cameras can be a brilliant choice for many videographers and photographers. They usually come in a lighter and smaller form, unlike regular DSLRs, with speedy and accurate autofocus systems and high uninterrupted shooting speeds.

Even if you’re searching for the best mirrorless camera under $1000, you don’t have to compromise on quality. This is because the majority of today’s mirrorless cameras, even first-level models, are still high quality ones where you can develop your skills with. With so many available models, you’ll be certain to find the one that suits your desires without having to break the bank.

While there are other excellent camera bodies that you can acquire for under $1,000, the Nikon Z 50 is one of your best alternatives if you want a camera and a lens together for that price. This entry-level crop-sensor device has a large handgrip and excellent physical controls, and it feels well-built and incredibly comfortable.

Its 20MP sensor performs brilliantly in low light, especially with noise, and is the foundation of the device. The autofocus technology is reliable, and the video quality is excellent. Although the Sony a6400, which has a similar price, may have a slightly better AF system, the Nikon's colors and handling, together with the camera's far more user-friendly menu interface, make it our top overall option for the majority of consumers.

If you have a slightly higher budget, then the Fujifilm X-S10 is one of the best APS-C cameras that can be considered. Although it’s possible to have the camera body for just below $1000, extra lenses will increase the price. But if you can afford it still, this is one of the best mirrorless cameras under $1000 that you can get. Opposite to many cameras in this price category, it can produce nicer handheld shots using in-body image stabilization (IBIS). It also has basic controls and a completely articulated screen that is convenient for vlogging or video work.

In addition, it’s a fantastic photography camera thanks to Fuji’s well-favored color science and its reliable 26MP sensor. You also receive a few film simulation profiles to play with for satisfying photos directly out of the camera. Unfortunately, the bad news is that like the Nikon Z50 above, this one is weather-sealed. But that’s a small drawback. Otherwise, this is still a very well-built camera that brings out a great feeling in the hand.

Before the release of the Canon EOS RP, it would have been difficult to obtain a brand-new full-frame camera for less than $1,000 if you were looking for full-frame image quality. It's one of the least expensive full-frame alternatives at slightly under $1,000 for the body. Of course, if you don't already own lenses for it, you'll need to stretch your budget exactly like with the Fujifilm X-S10 above, but it's still incredible to have such a reasonably priced starting point into full-frame photography.

The RP has a lot going for it, from its portability to its user-friendly settings and interface. However, there is a cost involved. Its battery life is frustratingly brief, and the build quality might be improved. Additionally, unlike the X-S10, it doesn't have integrated stabilization and can only capture badly cropped 4k footage. However, for some people, the improvement in low-light performance and the availability of full-frame lenses may outweigh the loss in these other areas.

A decent vlogging camera doesn't have to be expensive, especially with the abundance of inexpensive mirrorless choices created exclusively for vlogging. The Sony ZV-E10 is the most effective of those that we have evaluated. Although it lacks a viewfinder, it is portable and lightweight, and it has a vari-angle screen so you can quickly adjust yourself while shooting. This is one of the most capable vlogging cameras available when you include specialized autofocus modes such as "Product Showcase," which enables product vloggers to hold up objects in the picture without hiding their faces.

Although it lacks IBIS which is offered by more expensive models such as the Fujifilm X-S10, you can still combine it with optically stabilized lenses to get a nicer image. Additionally, its portability is tough to match for mobile vlogging. This camera will be more than sufficient to begin making fantastic vlogs and videos for most passionate content creators.

The Canon EOS M50 Mark II is highly suggested for individuals with a more limited budget. This is one of the most decently priced mirrorless cameras that you can purchase, which makes it a top choice among vloggers and photography hobbyists. It’s extremely portable and has straightforward controls and a user-friendly menu system, and a bright, completely articulated touchscreen to aid you in shooting from various angles or taking selfies. It’s a multipurpose small camera which boasts a high-resolution APS-C sensor and a fantastic autofocus system.

However, for individuals who love video shooting, it’s much better suitable for 1080p shooting than 4k. While its video capability is 4k, it can make 4k recordings with a heavy crop, which influences its AF performance. Nevertheless, if you’re seeking for a 1080p video camera or a first-level stills, this camera provides plenty of value for its price.

Our aforementioned suggestions are what we think are highly-rated for the best mirrorless camera under $1000. Factors such as prices, customer feedback, and  availability are taken into account. There are no cameras that are tough to find or unavailable in the US. There is no single flawless camera. What matters more in your choice is preferences, personal taste, and shooting habits. 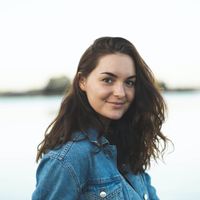 Christina is a content writer for productfind. She has been writing about computers and software for nearly 5 years and she is currently leveraging her expertise and experience to create a wide range of content across the website. She likes to constantly update herself with tech news and products so that she can give better reviews and guidelines in her writing.