If you are a gamer who wants an excellent gaming experience, you’ll most likely need to buy yourself a real gaming computer. These are machines designed to perform demanding tasks such as gaming, and they absorb a lot of power. Therefore, it is necessary to have a complete and smooth setup right from the start to ensure the performance of the computer.

In this article, we will introduce you to the best pre-built gaming rigs currently on the market. With a budget of $3000, you are more than capable of buying yourself a high-end machine that will last for years to come. Let's take a look at the following five best gaming PCs under $3000.

Skytech is a leading brand in the field of manufacturing pre-built computers at various prices. This Skytech Prism II is a desktop computer dedicated solely to gaming. Therefore, it is designed for high performance and power-intensive tasks. This computer features the AMD Ryzen 7 5800X 5000-series processor. It is designed on the 7nm process with 16 threads and 8 cores that are able to clock up to 4.70GHz.

In addition, the PC is equipped with 32MB of L3 cache memory that facilitates strong and rapid performance. Pairing with it is the most robust and also hard-to-find GPU from Nvidia: the GeForce RTX 3080Ti, making this setup the most powerful. It’s a 2nd generation version so it can support all the newest premium characteristics, including ray-tracing based rendering techniques. There’s also a VRAM of 12GB GDDR6X to strengthen the graphics performance quality in general.

Additionally, a 1TB NVME SSD is attached to the Skytech Prism II, followed by 16GB of DDR4 RAM with slots for additional memory. As for the cooling system, this computer uses AIO 360mm liquid cooling technology with 9 RGB fans, which enhances the appearance of this machine and is also a necessity for the attributes of the desktop.

The RGB lighting design makes it look even more stylish. What's more, it is designed with a variety of external ports for multi-purpose use.

Overall, this is the best pre-build under $3000 overall.

Alienware Aurora R14 is smaller in size than other models but has quite impressive performance. With a modest appearance without RGB lights, it is quite suitable in an office environment and has a quite professional appearance. At the heart of this machine is the AMD Ryzen 9 5900 processor, which ranks first in the world for speed and power. It has a total of 12 cores and 24 threads with a clock speed that can rise up to 4.8GHz at max. In addition, its speed can be raised further with 64MB L3 cache.

Despite its compact size, this computer is built with advanced features. The first is an Nvidia RTX 3080 graphics card, with 10GB GDDR6X  of VRAM so it can easily handle the most complex games smoothly. In addition, the RAM system has a capacity of 32GB DDR4 and can be upgraded to 128GB, along with a 1TB NVME SSD and a 2TB hard drive for more storage.

Since there is no RGB lighting, some gamers may not be satisfied with this design. In addition, it has 6 USB 2.0 and 9 3.0 ports, Wi-Fi 5 and Bluetooth for wireless connectivity.

Overall, this is a good choice for a pre-built gaming PC with a price tag of about $2800.

Perhaps this is the gaming PC with the lowest price compared to the other options: at just over $2000. However, it possesses the most outstanding features compared to the lines with the same price range. This machine is powered by a powerful i9 chip: a 12th generation Intel Core i9-12900KF processo, an RTX 3070 GPU, with large RAM capacity and eye-catching RGB design. This i9 processor is an updated version of Intel 7, using extremely economical 7nm lithography compared to AMD's 7nm. This is the soul of the computer's ability to save energy, which is also a big plus of this machine. You won't have to worry about using the CPU every night because this is the computer with the best power efficiency.

The chip of this computer is a CPU with 16 cores and 24 threads, so it can be considered the most powerful chip. With such characteristics, it can run at clock speeds from 3.9 GHz up to 5.2 GHz. As for graphics, the GPU is Nvidia's RTX 3070, with 8GB of GDDR6 VRAM. This is a great CPU and GPU combination that promises a quality gaming experience and is well worth the price.

In addition, users also benefit from CYBERPOWERPC Gamer Xtreme with up to 16GB of DDR4 RAM, running at 3200 MHz combined with 1TB SSD storage. With features like these, the RAM is fast enough to handle the most complex games, and you can also store large-sized files without worrying much about memory. In terms of design, it comes with RGB lighting, giving it a glamorous look. The thermals are handled well with the liquid-cooled CPU. In addition, there is some software that comes pre-installed for free on this PC like Windows 11 - which is also the most up-to-date version compared to the above series, and the PC is packed with a free keyboard and mouse. Honestly, with a budget of over $2000, this is really a high value computer that you should not miss.

The OMEN 30L is a simple choice as a model that is both beautifully designed and equipped with the most powerful equipment. The OMEN 30L is a famous HP model, so it has pretty good after-sales customer service. In terms of internals, this pre-built PC features the 10th Gen Intel Core i7-10700KF processor, which is a high-end processor with 16 threads and 8 cores, running at clock speeds up to 5.10 GHz.

The GPU graphics card is the 2nd generation Nvidia GeForce RTX 3080. This is the most advanced graphics card today, with 10GB GDDR6 VRAM to make the GPU operate as smoothly as possible. This PC comes with a variety of RTXs, up to the RTX 3090. But to be honest, the RTX 3090 is a bit more powerful for the 10th gen i7 chip. As long as you have an RTX 3080 or RTX 3080 Ti GPU, you're good to go. Because it is a desktop gaming computer, the RAM drive is equipped with 32GB DDR4, accompanied by 1TB PCIe NVMe SSD memory. In addition, it also has more ports so that more memory can be expanded when needed.

There are many types of ports, including USB 3.1 Gen Type C ports. In terms of style, the case is designed with RGB lighting that makes it more eye-catching, and comes with a few fans to help it cool down. It also has Wi-Fi 5 and wireless bluetooth connections for more convenient connectivity. With a price tag of approximately $3000, this is an excellent choice for professional gamers.

This is the third computer from Skytech mentioned in this article because this company has a lot of quality gaming computers at many different prices. This time we chose the Skytech Chronos Gaming PC because it’s another must-have gaming PC under $3000 on the list.  At the heart of it features the AMD Ryzen 9 5900X processor with a set of 12 cores and 24 threads, which can give a speed of up to 4.8 GHz.

In addition to that, the PC’s memory space is 64MB, which is more than enough for rapid and uninterrupting gaming. Regarding graphics, the CPU is paired along with the powerful AMD Radeon RX 6700XT graphics card. With the storage of 12GB GDDR6, it can accommodate real-time ray tracing, DLSS, and other features. It comes with 16GB DDR4 of RAM together with a speedy 1TB NVMe SSD.

This gaming prebuild is also set up with Wi-Fi and Bluetooth 5 for wireless connectivities. A gigabit ethernet port is available at the back which helps increase the internet speed. There are four fans in total, with three on the front and four at the back to cool the system. The computer also has RGB lighting, creating a fabulous look.

Our thorough research led us to a long list of prospective candidates. When we dug deeper by reading and comparing their specifications, we were able to finalize our search with a list of the top 5 best prebuilt gaming PCs under $3000.

No matter what the cost of a gaming PC is, whether it is $3000 or $5000, there are always some aspects to take into consideration before making a purchase.  Always make sure that your chosen PC can accommodate all your favorite games with the desired settings and resolution. At the end of the day, you don’t want to waste your cash on computers that don’t serve your purpose.

With a budget of around $3000, you can have a ton of options when it comes to choosing the best gaming PCs under $3000. In this article, we have presented some of the best products available on the market that will serve your gaming purposes brilliantly and flawlessly.

At roughly $3000, the Skytech Prism II gaming desktop is the best choice you could have thanks to its stylish look and competent CPU that comes in pairs with one of the strongest GPUs on the market. An alternative to that is the Alienware Aurora R10 that has a small form factor and yet, produces outstanding gaming results. No matter which gaming PC you choose, it all comes down to your specific interests, needs, and also budget. Let us know your thoughts in the comments down below. 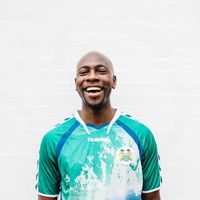 Erik has a bachelor degree in game design and development. He is a game designer and writer. He can be reached out for reviews of gaming products, especially with regards to gaming PCs (whether prebuilt or not). In his free time, he loves writing and playing video games. He is one of the top gaming writers at productfind.