The new rugged Ultra sport watch, the Series 8 and a new SE were all just released by Apple. And even though the business no longer sells the Series 7 from last year and other earlier versions, you can still get them at numerous  websites (sometimes for a significant discount). These watches all have a similar appearance and a similar set of characteristics.

Below are the best Apple watches we recommend for you. Please read to get more information before going to the final choice!

The Best Running Watch of 2022

The Best Fitness Watch in 2022

The Watch Ultra is the brand's toughest smartwatch to date, aimed at endurance athletes and outdoor adventures. It has a front sapphire crystal that is recessed to prevent corner damage to the screen and an aerospace-grade titanium shell that is particularly durable without being overly hefty. Additionally, the watch has 100m of water resistance and IP6X dust protection.

The smartwatch, which comes in a single 49mm size, is the biggest one of Apple Watch, 20% bigger than the Series 8 and 27% bigger than the Watch SE. The Apple Watch Ultra is also the first smartwatch to be equipped with dual-frequency GPS, which supports the new L5 frequency to deliver the most accurate location, distance, and route data in remote areas and crowded urban areas. Also, a water temperature sensor for swimmers, a three-microphone array for enhanced calling, and a backup speaker for blaring emergencyare all included.

The new Action button is another minor feature that is exclusive to the Watch Ultra. It can be tailored to do whatever job you choose, making it simple to complete a particular duty in any circumstance.

The Apple Watch Ultra is currently the company’s flagship smartwatch for 2022, but for most people, the Series 8 remains the best Apple Watch. It includes iterative advancements upon the already superior Series 7, maintaining the company's leadership in the smartwatch market.

The Series 8 has the same excellent appearance as the Series 7, but there are some improvements made internally, including the addition of two new temperature sensors. If you want the standard Apple Watch experience, the Apple Watch 8 is a decent all-rounder.

All Apple watches still struggle with battery life, and the Series 8 is no exception. But  there is now a Low Power Mode which can somewhat extend battery life in emergency scenarios.

If you want an inexpensive Apple Watch, the Apple Watch SE (2nd Gen) will be the good one which is not only an upgrade over its previous generation but also replaces the Series 3.

You receive the same responsive performance from the 2022 model because it has the same S8 chip as the more costly Series 8 and Watch Ultra. Like the other new Apple Watch models, it has new accelerometer and gyroscope sensors to provide Crash Detection.

The smartwatch is also excellent for tracking important health and exercise data such as:  heart-rate monitoring, sleep tracking, and all-day activity tracking. Thanks to watchOS 9, almost all the newly introduced bells and whistles, including updated Workout and Compass apps are brought with more insights into your sleep, and a new Medications experience.

Unfortunately, although having many of the same capabilities as the Series 8 Watch, the Watch SE (2nd Gen) does not have an always-on display, an ECG app, the ability to measure blood oxygen saturation, dust resistance, or temperature sensors, among other notable features.

The Apple Watch 7 is still more than decent even though it isn't the newest and greatest. With an ECG, exercise tracking, access to Apple Fitness Plus (through a separate membership), Apple Pay, and all the fitness tracking modes you've come to expect, it has many of the same features and tools that are a mainstay of the Apple Watch line.

If you're buying this, you're probably having a good purchase for the screen. However, that extra size does make a noticeable difference, making the wearable feel less crowded while interacting with it, without significantly increasing the size or weight.

Even though it isn't brand-new anymore, the Apple Watch 4 is still a capable smartwatch. It has an improved design and display over the Apple Watch 3, which is still available for purchase, as well as an ECG sensor to monitor a user's heart rate, making one of the most coveted watches in the world even more alluring.

It looks much nicer and has greater functionality with the bigger screen and more rounded corners. The design of the Apple Watch 4 is really what sets it apart from other models.

The Apple Watch 4's other major improvements, aside from the aesthetic, are more subdued. There are charming details like a Digital Crown that (virtually) clicks, giving the impression that lists are being ticked off the wrist. It even creates a little noise, and the entire system is very enjoyable.

1. Does using an Apple Watch require an iPhone?

You can't link an Android device with an Apple Watch because such devices are only compatible with iPhones. Additionally, only a select few iPhone models are compatible with the watch; you need an iPhone 5 or later running iOS 8.2 or later.

2. How long does the Apple Watch's battery last?

The Apple Watch has a battery life of up to 18 hours after an overnight charge. How you utilize your watch will determine how much time you get out of each charge. For instance, using it to make calls on an LTE-connected model or to sync with your iPhone over WiFi or Bluetooth may consume the battery more quickly than playing or streaming music. 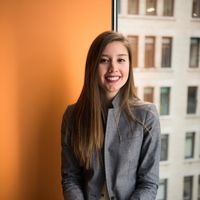