Adding storage wasn't always so simple. Hard drives that were large and mechanical were the standard for PC storage for many years. Although the first hard drive was marketed in 1956, it took until the 1980s for them to be made available to customers, and until the 1990s for hard drives to become widely used.

Although SSDs have been in some form since the late 1970s, it has only been possible to purchase one in the past ten years. SSD drives significantly increase performance and reliability by using chips rather than rotating magnetic platters to store data. There is less likelihood of a problem with SSDs than with mechanical hard drives because they don't have any moving parts.

A conventional SSD (which resembles a mechanical hard drive) is primarily made to be a drop-in replacement for their hard drive predecessors, which results in them being bigger than necessary and constrained by an antiquated interface called SATA (Serial Advanced Technology Attachment), which limits the performance of an SSD's quick storage chips.

There are certain caveats, even though most desktops and laptops manufactured in the last five to seven years should support an M.2 SSD. Second, not all M.2 SSDs are created equal because "M.2" refers to a group of modules with standardized dimensions and forms. The performance you may expect from an M.2 SSD depends on which of its several possible interfaces your PC can support and whether it will even function in your PC.

With some of the highest sequential read and write speeds of any PCIe 3.0 M.2 SSD currently available, the Samsung 970 EVO Plus is an obvious candidate for the title of best M.2 SSD on the list. It also has the fastest random access speed of the PCIe 3.0s, clearly making it the victor in terms of sheer power.

It doesn't have a built-in heat sink option. Thus any heat it produces must be dissipated using other cooling techniques. It utilizes Dynamic Thermal Guard technology, a hardware heat spreader, and a nickel-coated controller to assist in managing its core temperature. Although it isn't a heatsink, it is something.

The Samsung EVO Plus is by far the most costly M.2 SSD on this list, sometimes by a significant amount (versus the XPG SX8200, for example). You can't go wrong with the Samsung EVO Plus if you have the money to spend and want the fastest SSD your PCIe 3.0 board can handle.

The WD Black SN750 is the best M.2 SSD to consider if you want to find an excellent balance between performance, cost, and durability for your motherboard that isn't PCIe 4.0 compatible.

It performs pretty well overall, with quick sequential read and writes speeds, though not quite as quickly as the Samsung 970 EVO Plus, and much faster random access rates than the XPG SX 8200 while still falling short of the 970 EVO Plus's speeds.

It has an MTBF of 1,750,000 hours, a TBW of 1200 at 2TB, and a TBW of 200 at 250GB, so you may anticipate a long lifespan. You may purchase one with a built-in heatsink for an extra cost, which should help increase its usable life. Unfortunately, the heatsink is only offered on models with 500GB or more storage.

If you don't choose the heatsink option, the WD Black SN750 offers an excellent size-to-price ratio, slipping behind the XPG SX8200 at larger capacities but equal to its price at 1TB. Suppose you don't want to make too many compromises on any front. In that case, the WD Black SN750 is the ideal compromise between speed, durability, and affordability because it costs slightly less than Samsung's 970 EVO Plus, with or without the heatsink.

The Corsair Force MP600 is a little slower than the other PCIe 4.0 SSDs on this list, but fortunately, it's also less expensive than the others, so the tiny speed difference won't seem like much of a deal if you have to pay an extra $50, £40, or AU$70 for that little bit of extra power.

The current PCIe 4.0 SSDs are also substantially slower than the 4.0 standards' top speeds, which have almost twice as much bandwidth as PCIe 3.0 SSDs. The Corsair Force MP600 is, therefore, the slowest of the slower PCIe 4.0s now on the market, even if only by a slight margin, even though the current crop of 4.0 SSDs is slower than the 4.0's potential.

If you can live with it, the Corsair Force MP600 is still a great SSD and has the same level of endurance as the other 4.0s on the list, so choosing it over the others won't cost you anything. It is currently a strong contender for the title of best M.2 SSD in the PCIe 4.0 category.

All of this is predicated on your motherboard supporting PCIe 4.0. If not, any PCIe 4.0 will operate at its maximum PCIe 3.0 capacity, rendering the additional power you are paying for essentially useless.

If you want the most excellent M.2 SSD in terms of pure performance and have a Gen4-enabled motherboard, you can't go wrong with Seagate's FireCuda 520 Series SSD.

Since there are other PCIe 4.0 SSDs with essentially identical features to the FireCuda and the majority are priced similarly, you have a few options to choose from that will perform roughly as well as this one.

Now might be a perfect moment to get in and try out the Seagate FireCuda 520 if you're seeking the best M.2 SSD with a PCIe 4.0 interface. Although none fully exploit PCIe 4.0, their M.2 SSD performance is probably the best we'll see for a while.

No, M. 2 and NVMe are not interchangeable, although they do complement one another. The SSD form factor is M. 2, and the interface connecting it to the motherboard is NVMe.

Any M. 2 PCIe NVMe SSD is incompatible with your M. 2 SATA port electrically and physically. In both of these interactions, many protocols and interfaces are utilized.

Through the above article, %site_name% hopes that everyone will have the right choice when buying the Best M2 Ssd. Each product in the top will have different advantages and prices, but according to each section corresponding to it, these are options that you should consider. The article is at the time of the author's content for this article, if you have reasonable options to add, please comment below. Good luck. 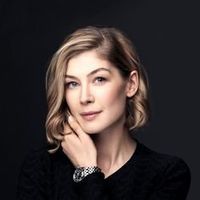 Russell Patrick is a freelance content writer. As a former educator, Patrick is passionate about helping students find the professions that fit their skills, talents and interests. With his large experience and passion in the computer field has brought valuable experiences to readers.